Tom Appleby is a former commercial lawyer and a leading researcher in water law.  He has been involved in number of ground-breaking research projects including work which helped to establish the first marine reserve in Scotland with the Community of Arran Seabed Trust and the world’s largest marine park around the Chagos Archipelago with the Blue Marine Foundation.  Tom’s research has been used by a number of government agencies, leading NGOs and commercial organisations. He has also been involved in the preparatory work for a number of important court actions. Tom’s work at UWE included the formation of the Sustainable Severn initiative which seeks to develop sustainable power from the Severn estuary.  Tom is also a consultant to the Wreck to Reef project which  is developing a lobster hatchery, underwater garden and visitor attraction by sinking a wreck in Weymouth Bay and the Wave project hoping to develop a surfing lake near Bristol.

As part of this project, Tom is leading the management of inshore and intertidal marine environments research, under the Urban Water Security strand. 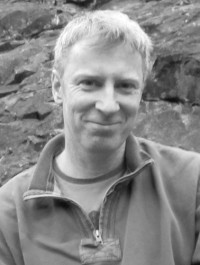