Yolandi is currently in her final year of MPhil Integrated Water Management studies at Monash South Africa. Her research examines the effects of floating wetlands on the water quality of static water bodies. She is also the CEO of a company called Baoberry, which specialises in ecological engineering and services.

Ecological engineering has been part of my life for a long time. Over a decade ago, I starting thinking about creating sustainable ecosystems that would be environmentally sound, make economic sense and be socially acceptable and beneficial.

My career as an innovator and entrepreneur peaked in 2016 when ‘a wetland in a box’ (aWetbox) – our natural filter for domestic water treatment – won top honours at the South African Global Cleantech Innovation Programme. Following the win, we had to compete in the Global Cleantech Innovation Finals in San Francisco from 6-10 February 2017. These took place during Cleantech Week, hosted by Cleantech Open. During the penultimate day, the winner of the Innovation Award was announced and we were very honoured to be named as one of two runner up teams.

The week began with a bit of jetlag. We stayed in the Zeppelin Hotel in the heart of downtown cosmopolitan San Francisco. It rained every day, which we were not expecting given California has been struggling with an extensive period of drought in recent years.

The United States of America (USA) has the highest water footprint per capita in the world at 2,483m3 per person per year. California was still officially in a state of drought during our visit, with an estimated 24.8m (out of a population of approximately 40m) people affected. San Francisco, the 13th largest city by population in the US, has the third highest cost of water for a family of four, using approximately 50 gallons per day at $54.33 per month.

Rainwater harvesting and grey water recycling and re-use are all promoted in California, where water availability is regarded as a priority. Prof Yoram Cohen from UCLA has argued that if just 10% of households in Southern California reused their grey water, the savings could match the output of a desalination plant. Basic greywater recycling could save an average American household approximately $814 in annual water expenses.

For the finals of the Global Cleantech Innovation Competition, we had to present our business case to a panel of international judges. When we began work on aWetbox, we discovered that there is not much technology available for households who wish to purchase natural filters for water purification. It would be the first of its kind to be made available in the USA on a commercial scale.

Having a scale model on display really helped the judges understand the technology. The presentation went well, and was followed by a stimulating question and answer session. 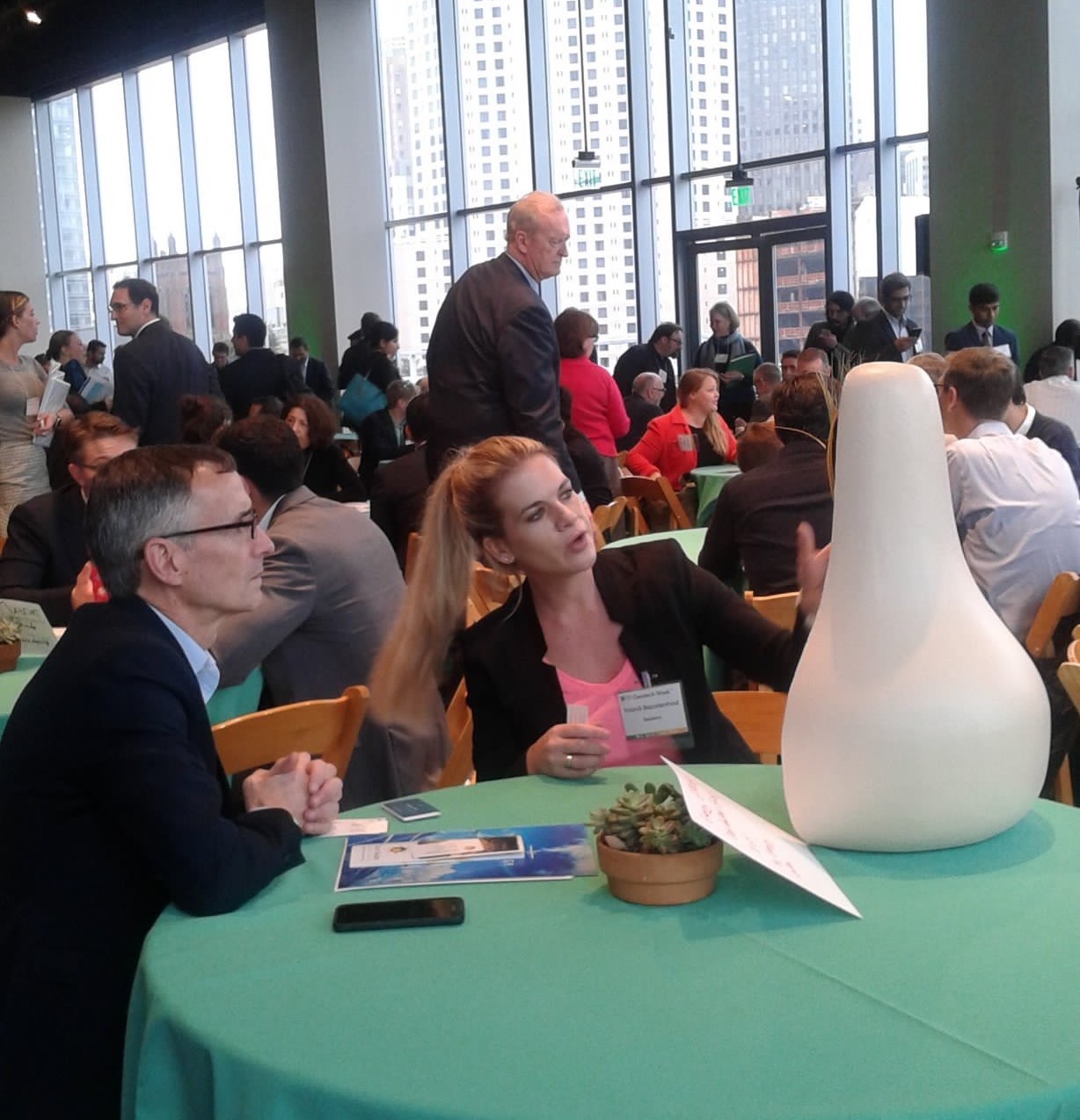 We took part in the global expo, where everyone presented their innovations to investors from Silicon Valley and abroad. We were introduced to a variety of people: from angel investors to equity partners and venture capitalists. It was a great learning experience.

We only had five minutes per investor so it was really important to ensure they understood the product within the first few minutes. The conversation then turned to markets, beachhead segments, economic potential and market strategy – and, of course, the amount and type of investment required. It was an intense couple of hours.

Following the investor connect sessions, we spent more time exhibiting aWetbox, and the amount of interest we received in our innovation was overwhelming.

We are very grateful to the United Nations Industrial Development Organisation (UNIDO), the Technological Innovation Agency (TIA) and the Global Environment Facility (GEF) for their vision and ongoing support for us participating in this programme (on a national and international level). Thank you also to Monash South Africa and the International Water Security Network (funded by Lloyd’s Register Foundation, a charitable foundation helping to protect life and property by supporting engineering-related education, public engagement and the application of research), for their support in my postgraduate studies, which are focused on using natural technology to promote water security.

I encourage all green entrepreneurs out there to persevere. Do not give up on any of your green ideas and innovations just because you do not have any funding for getting it market ready, or to start with the manufacturing of your first units. Try to access local funding opportunities. No idea is too small to make a big difference.