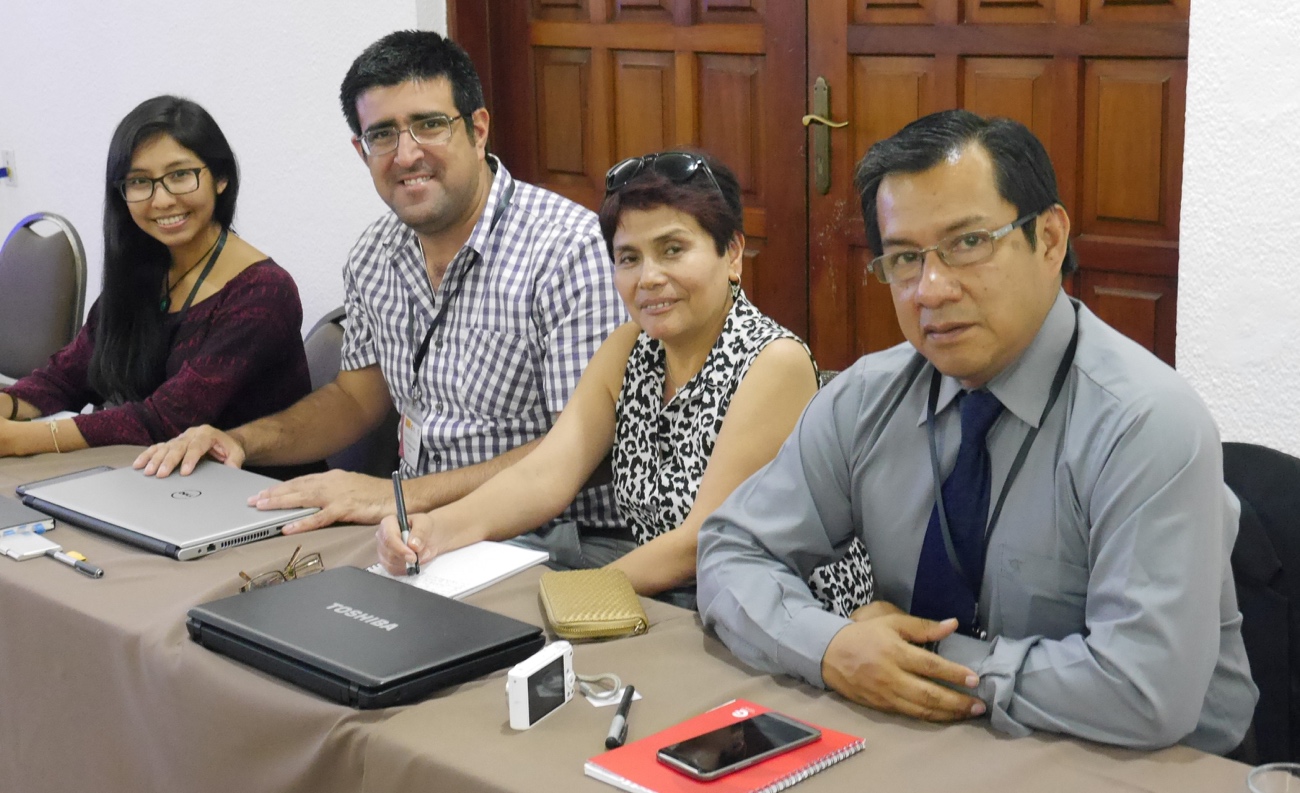 In Latin America, there is a relative water abundance, yet water is not accessible to everyone. Rapid urbanization, densification and expansion of cities, development of mining and livestock activities, social conflicts over water, and increasing climate variability, among other factors, drive social, political, economic, physical and climate-related challenges for water resources management in this region.

Several examples illustrate the variety of problems. In Peru the population is highly concentrated in urban areas – more than 30% of the total is in the hyperarid capital city, Lima. In Mexico, the geographical distribution of the population does not match the locations where water is available. Paraguay and Honduras, also with high population densities in their capitals, have a strong fragmentation of service-providers of drinking water. Further, in Colombia there have been numerous environmental conflicts due to the limited coverage of water supply and sanitation. In Argentina, especially in the Chaco region of Salta, availability and access to good water quality is a constant concern. In Uruguay, as in other countries with significant agricultural activity, many surface waters show signs of eutrophication caused by fertilizer use. In Costa Rica, where tourism is the main source of income, the expansion of agricultural activity is becoming a threat to water resources. In El Salvador and Guatemala, social violence presents an additional challenge to water resources management. In Panama, the basin of the Panama Canal, one of the most important shipping routes in the world, is at risk of drought due to El Niño climate patterns. In Bolivia, impacts of mining development on water quality strains the balance between productive economic growth and environmental sustainability; a challenge shared among many countries with economies dependent on resource extraction.

It goes without saying that addressing such complex water management challenges requires the commitment of policy-makers, academics and civil society. 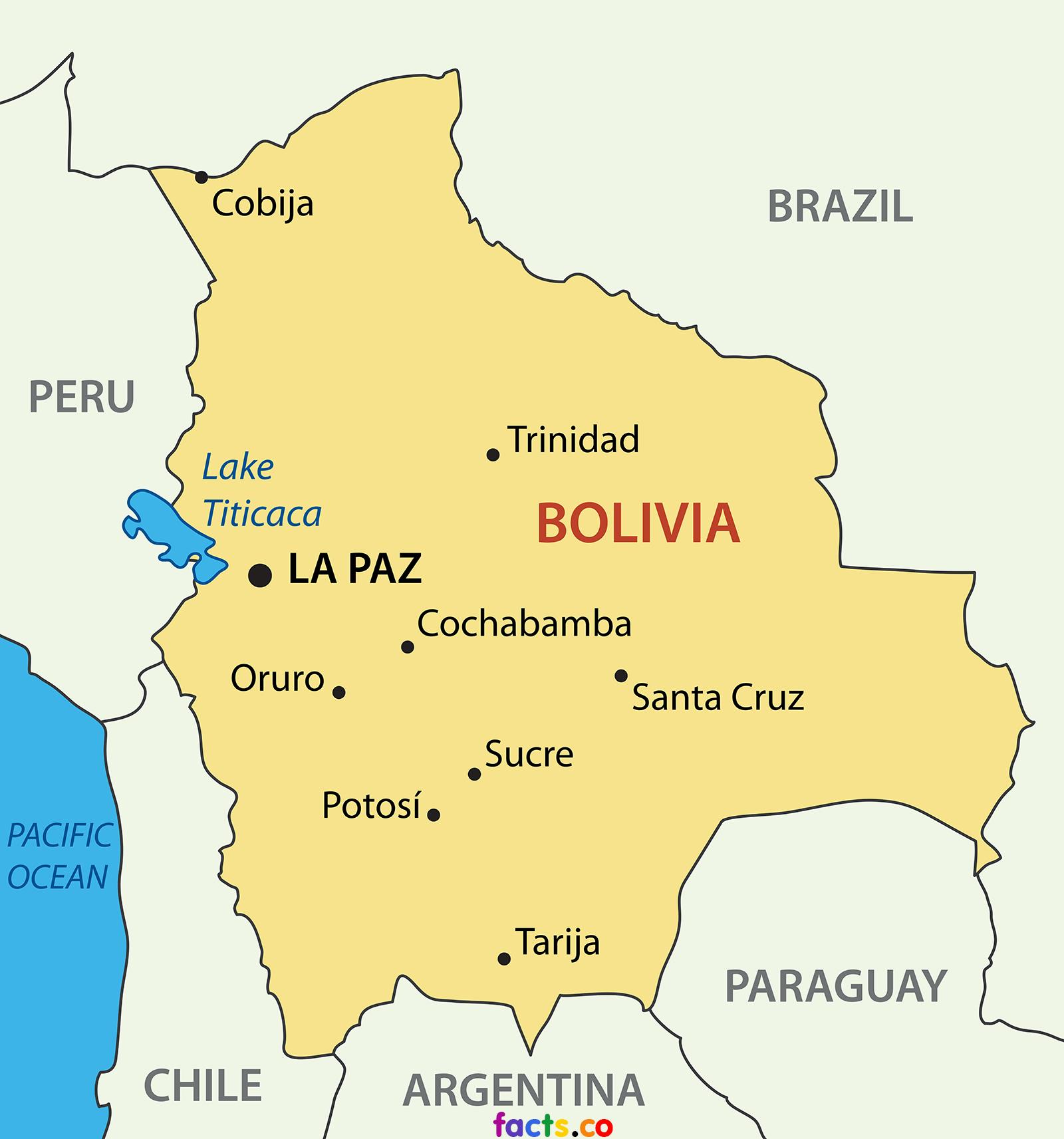 Several international organizations concerned with these problems in Latin America joined together to offer a training course on Integrated Water Resources Management (IWRM) aimed at build capacity of water professionals and graduate students. These organizations include the Latin American Network Capacity Building for Integrated Water Management (LA-WETnet), the International Network on Capacity Building for Sustainable Water Management (Cap-Net), the United Nations Development Programme (UNDP), and the Plan INTERCOONECTA of the Spanish Agency of International Cooperation for Development (AECID). The training course was titled Water governance at local level, and was held at the AECID’s Training Center in Santa Cruz de la Sierra, Bolivia (10-13 October 2016). With support from the International Water Security Network, I was able to attend. 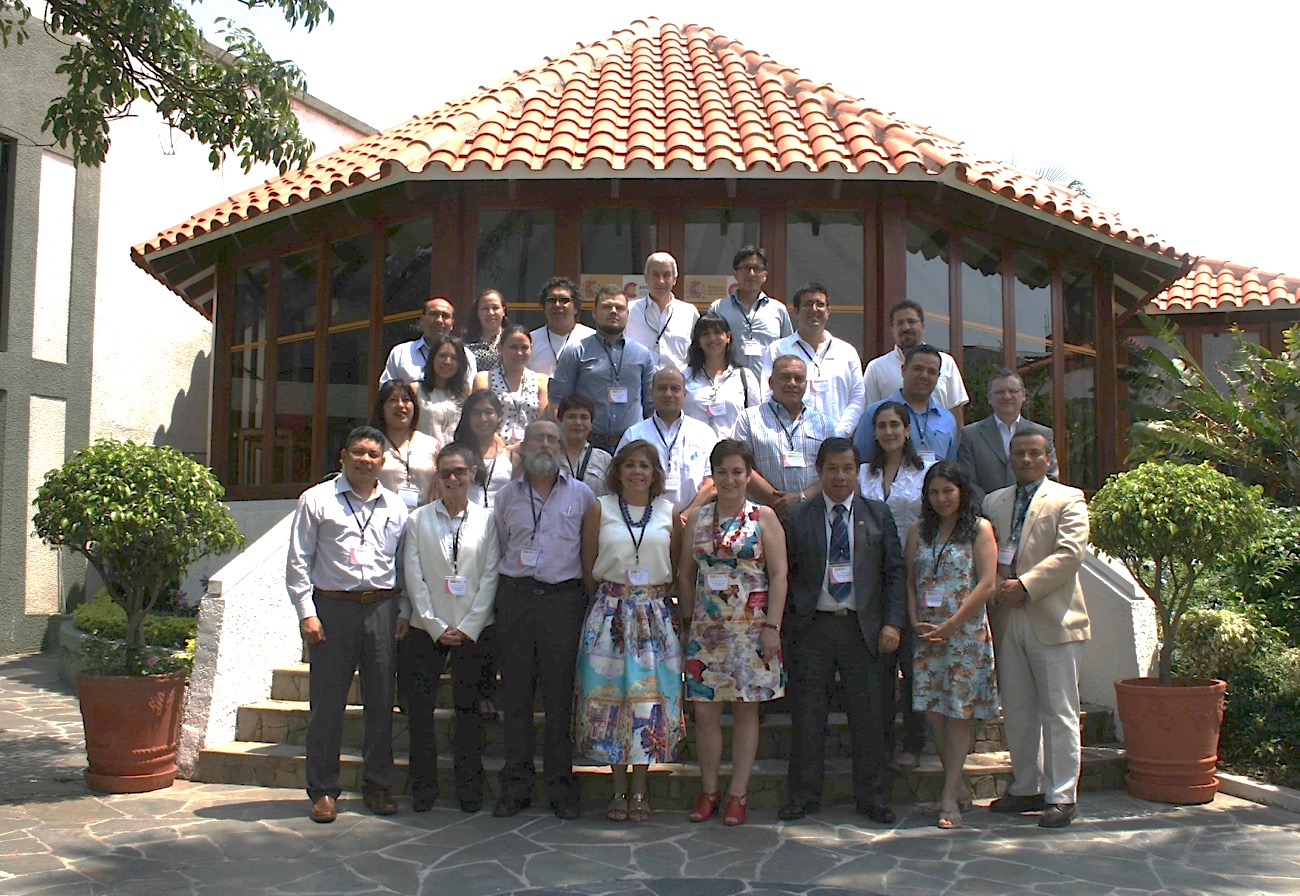 Participants of the training course in Bolivia (Photo: AECID–Santa Cruz)

The course was coordinated and facilitated by Dr. Juan Carlos Bertoni (Argentina), a water resources specialist and professor at the National University of Cordoba, and Dr. Carlos Saavedra (Bolivia), specialist on integrated natural resources management and water resources. They were supported by Emilio Madrid, an anthropologist and researcher with expertise in managing environmental conflicts and public policy for environmental management, and Roy Cordova, an engineer from Helvetas Swiss Cooperation in Bolivia and a specialist in local economic development and IWRM. More than 20 people participated, including public administrators, students and researchers from Argentina, Bolivia, Colombia, Costa Rica, El Salvador, Guatemala, Honduras, Mexico, Panama, Paraguay, Peru and Uruguay. The overall objective of the course was to provide key theoretical concepts and skills needed to support the process of developing a socially and politically acceptable plan of IWRM that can be implemented locally.

The course focused on relevant topics including integrated management, the human right to water, social participation, climate change, and cities. On the first day, the facilitator, Dr. Bertoni, laid out the principles, processes and policies of IWRM using examples from Latin America and other continents, such as Europe. Each participant also contributed based on their experiences in their home country. This was followed by a discussion on climate change and water as a human right – two transverse axes of water management – as well as an open discussion on challenges for IWRM at the local level. The first day ended with a review by Dr. Saavedra of the water-planning experience of Bolivia at the basin level.

On the second day, Dr. Saavedra presented a conceptual and operational framework for water governance and discussed the case of Bolivia, where reciprocal agreements between water and the challenges of human rights to water have been recognized. Dr. Bertoni talked about floods, using the case of Argentina, highlighting the development of risk mitigation mechanisms, such as water-law easement occupation in the Province of Buenos Aires. 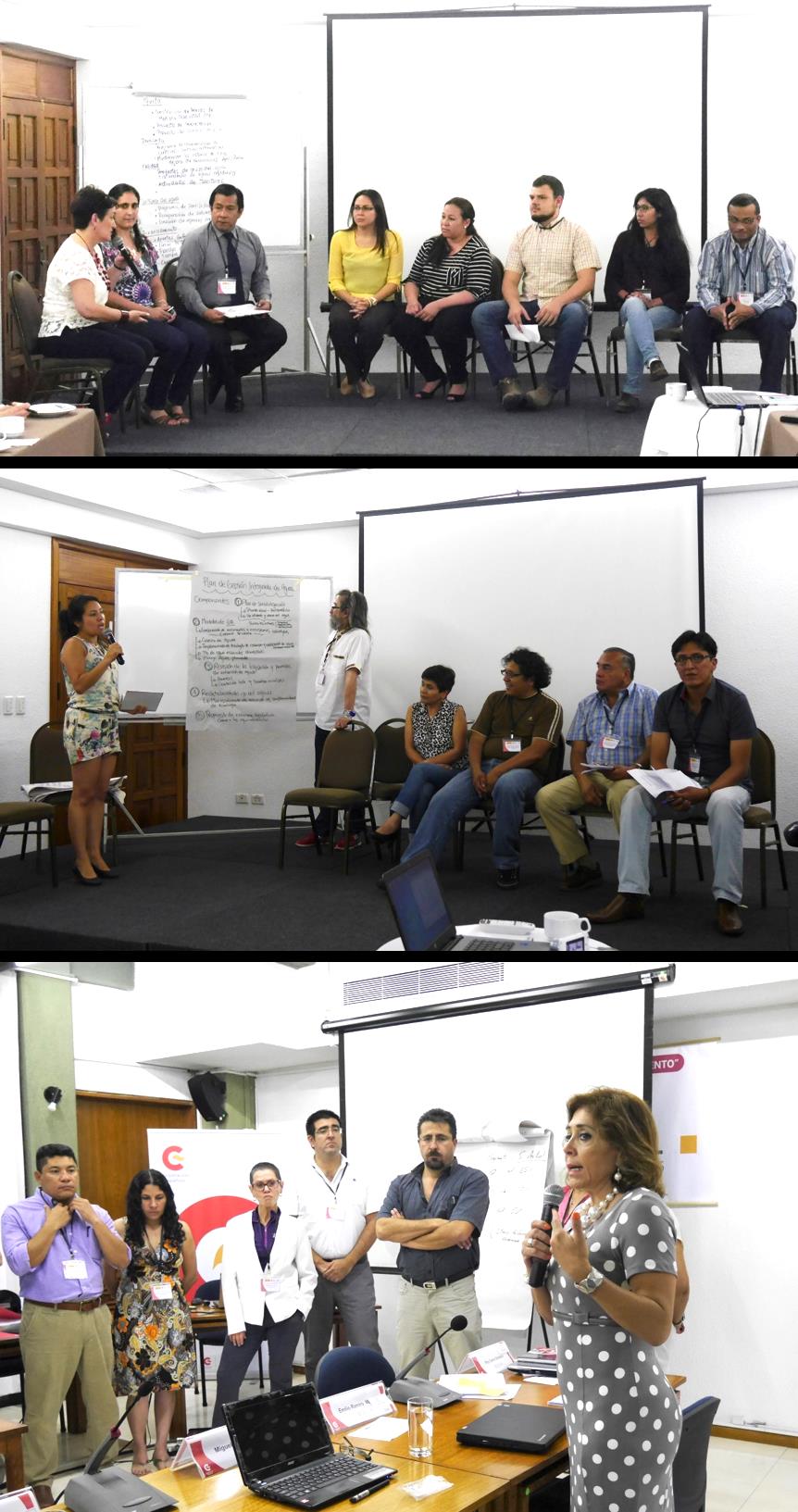 The next session, which continued into the third day, sought participation on the vision of IWRM. All participants contributed experiences from their country. These highlighted not only challenges, but also lessons learned and progress on water management at different scales. Through role play, the group then engaged in a project to formulate a management plan for basin water resources. Three working groups were created to develop the plan under three country-specific scenarios, for Mexico, Peru and Uruguay. This activity was of key importance because it required each participant to apply newly-learned tools and skills for participatory decision-making processes.

The last day offered presentations of the results of the working groups. The discussion compared the frameworks and mechanisms that guide management in the three example scenarios and among participating countries. In the afternoon, Dr. Bertoni talked about water governance in transboundary basins, using the case of Pilcomayo River. Finally, we participated in an open discussion on our expectations, lessons learned, and recommendations for the course. This was followed by a closing ceremony led by José Lorenzo García-Baltazar, director of the Training Center of the Spanish Cooperation in Santa Cruz.

After participating in this course, I learned that the issues surrounding water resources in Latin American countries are often similar and have many common factors. The rate at which a given country adopts an IWRM approach varies from one nation to another, especially because of varying sectoral priorities and the reluctance of certain actors to cede control of this key resource.

It also became clear to me that although there have been many advances, information remains a major factor for achieving progress – its paucity, poor quality, and limited access all hinder effective management.

Of course, the technical and social aspects of water resources are essential for the development of water policy, especially for risk management. The workshop confirmed my previous belief that as far as possible, information should be disseminated to the general public to raise awareness of the state of water resources. Further, resulting interest generated among the public can go a long way to promote more active participation and involvement at the local level. That appears to be key to initiating IWRM and moving into larger scales. This insight is extremely important for both the progress and sustainability of the process. Clear objectives, social involvement, effective decision-making, and capacity-building are necessary elements for good behaviour, and for the success and sustainability of water management.

This experience – and especially the wealth of knowledge shared by the participants themselves – was very meaningful to me. It allowed me to discuss and reflect on the challenges of water management that are common in Latin American countries, but it also provided me with a way to analyze the process of IWRM.

In short, this course contributed to my overall knowledge by offering a critical review of public water management in Latin America, and helped me see how this fits into the broader goal of sustainable development for our peoples.