Talking about groundwater on the Caribbean coast of Colombia 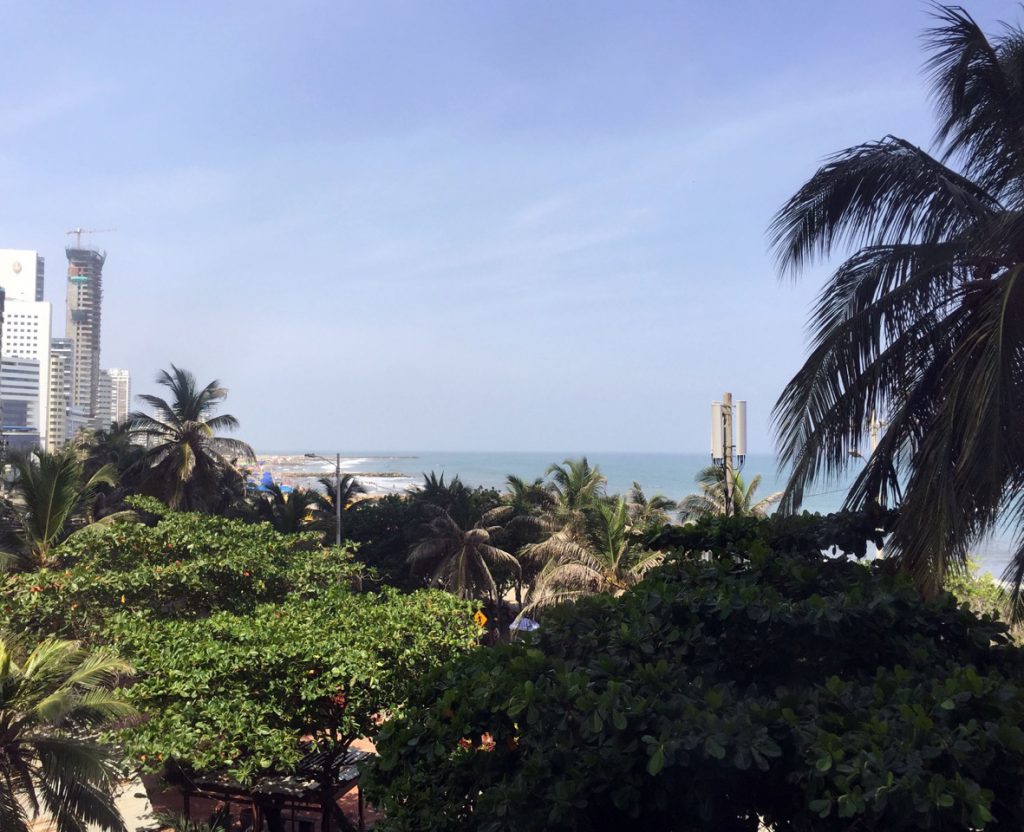 View of the Caribbean in Cartagena 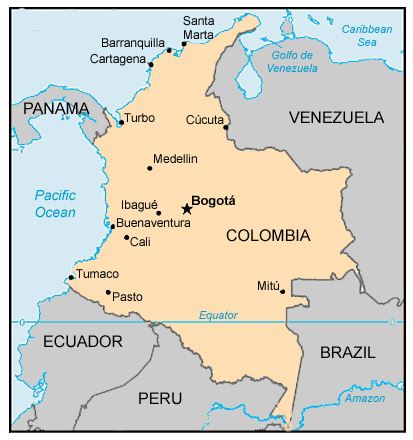 Map of Colombia, showing Cartagena in the north

Colombia conjures up all sorts of colorful images: coffee, cartels, condors (rest assured: not all of them start with the letter “c”), toucans, pirates, Gabriel García Márquez, arepas (maize flatbread), the Andes, and the Amazon, to name just a few. International workshops on integrated groundwater management would not come to mind immediately.

But it was just such an event that I attended in September 2015 in Colombia’s old colonial capital of Cartagena, in the north of the country, on the Caribbean coast.

The workshop – which doubled as a professional-development course – was hosted by the Spanish government, which maintains several major cooperation and training centres in Latin America and the Caribbean. All are managed by AECID, the Spanish Agency for International Cooperation for Development (La Agencia Española de Cooperación Internacional para el Desarrollo). AECID’s mission is to alleviate poverty and promote sustainable human development. 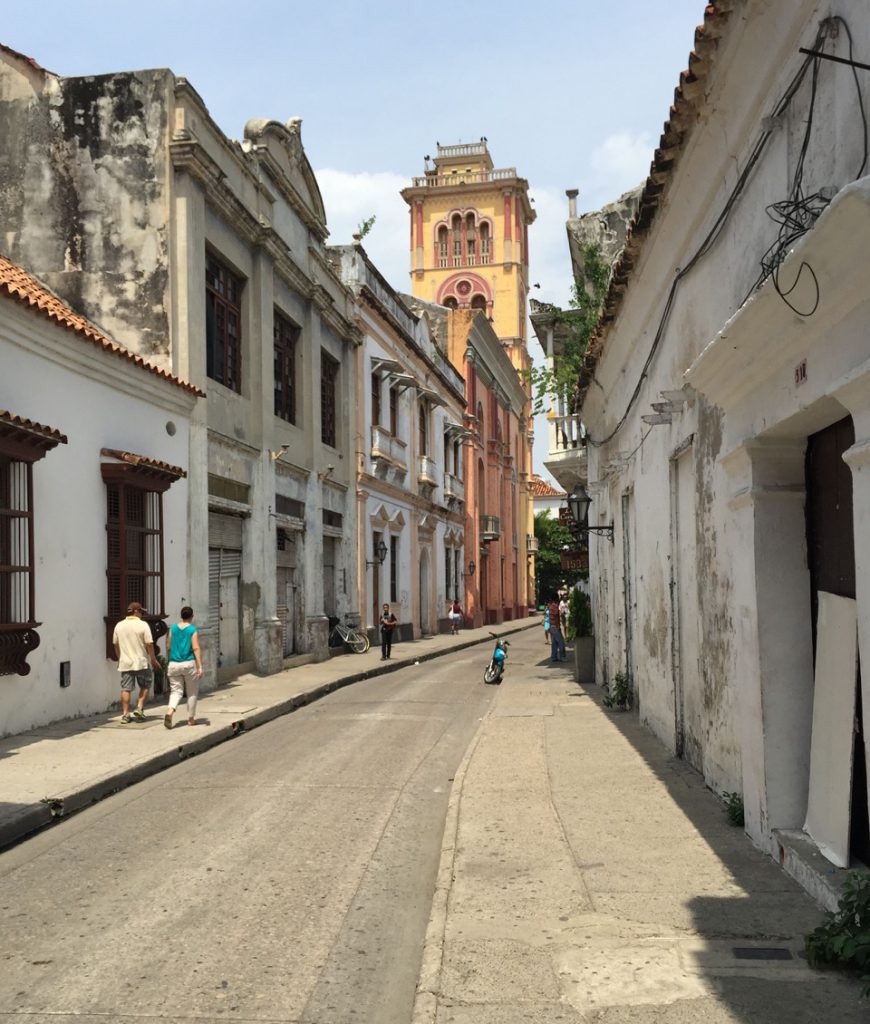 Inside the walls of colonial Cartagena 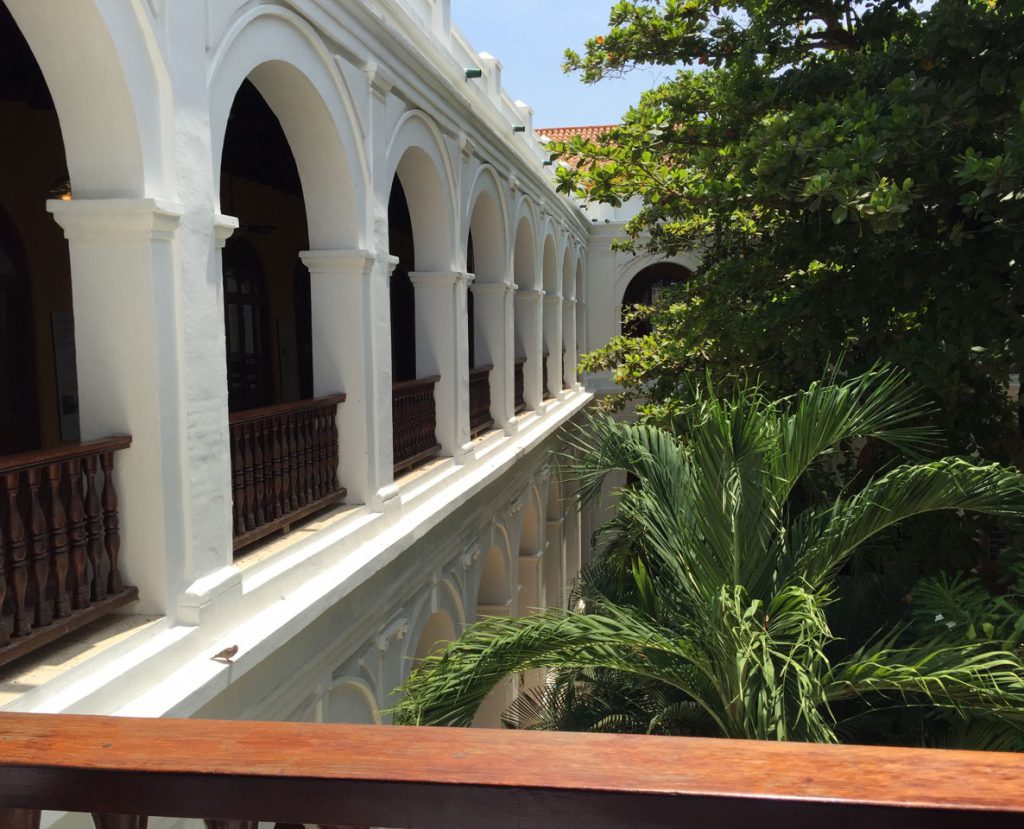 In Cartagena, AECID’s facility is perhaps the most historic and largest of its centres in the Americas. The building is a renovated colonial mansion that sits squarely within the walled city overlooking the coastline. 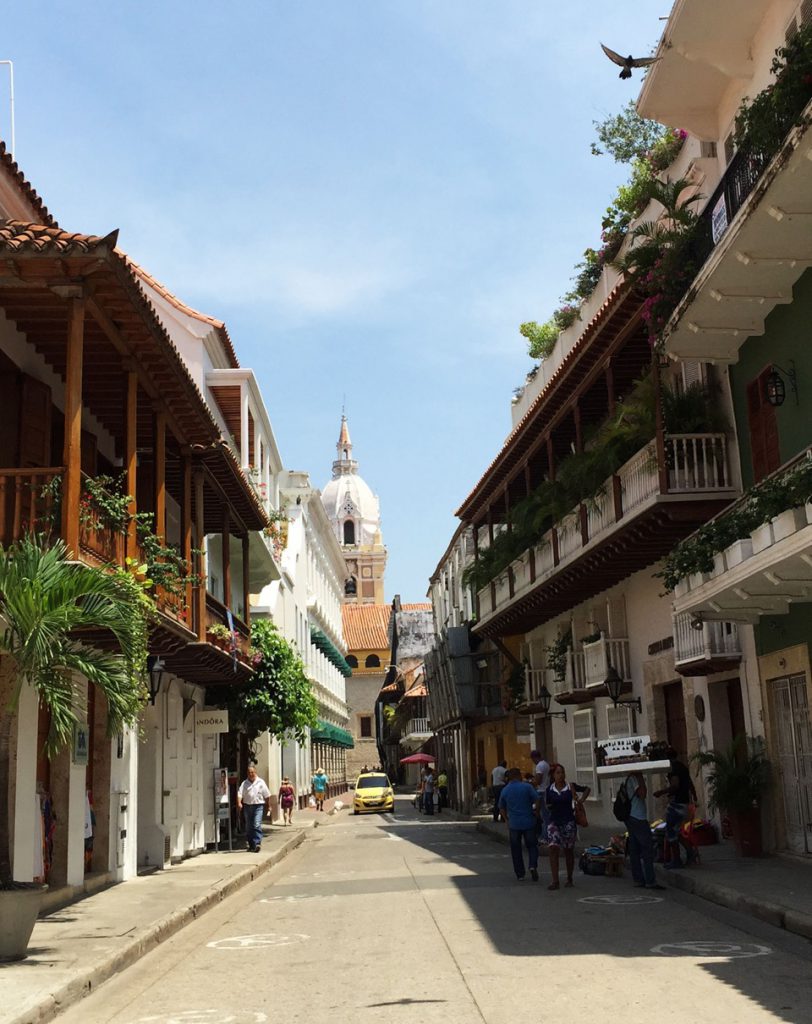 Street in the old city, with prominent balconies

Across the globe, as surface water is overallocated, depleted, and degraded, groundwater is increasingly becoming a major source of supply. As such, it is a key ingredient of water security. The Cartagena course and workshop, “Integrated Groundwater Management,” was an outgrowth of discussions between RALCEA, the Latin American Network of Centers of Expertise on Water Resources Management (La Red Latinoamericana de Centros de Conocimiento de Gestión de Recursos Hídricos); and IAI, the Inter-American Institute for Global Change Research. RALCEA is a program funded by the European Union and is based in Ispra, Italy.

As its name makes clear, RALCEA aims to link the numerous active water centres in Latin America. IAI is an organisation that joins the national science institutions of 19 American nations (the analogues of the U.S. National Science Foundation) with an aim to sponsor high-quality research on global environmental change. The Udall Center – Christopher Scott and I, in particular – has received support from IAI since 2007. And through Marcella Ohira, IAI’s Director for Capacity Building, we have participated in RALCEA programs in the past – most recently, in a workshop in November 2014 in Panama.

The groundwater management course and workshop was held from 7-11 September 2015. The participants represented eight Latin American countries – from Central America in the north, down to the Southern Cone – plus Spain and the United States (me). Some of the presenters were university faculty members, but the majority were employees of water agencies at various levels of government. The primary objective of the event was to enhance the groundwater-management capacity of the participants, and through them, of their agencies. 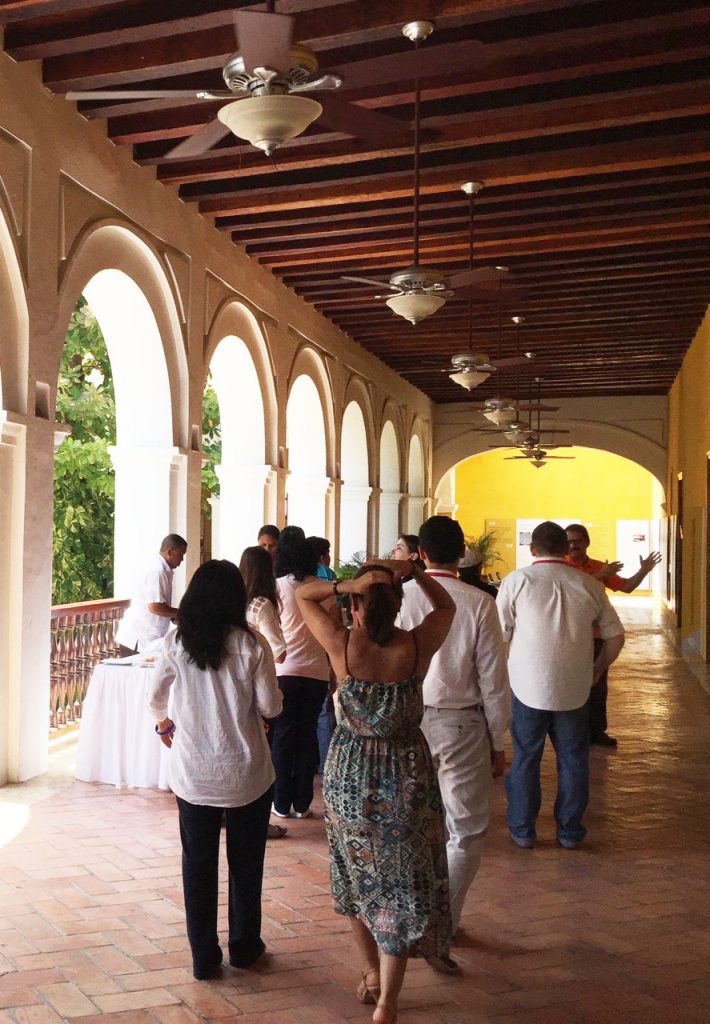 The five-day program, which comprised topical presentations and small-group discussions, was comprehensive. Subjects ranged from a review of general water-management strategies, to specifics such as diagnostics of aquifers, water-quality issues, energy requirements, monitoring of withdrawals, and presentations of a diverse set of illustrative case studies from the participating countries. The sessions were amply fuelled by frequent Pausa Café breaks, featuring a free flow of renowned Colombian coffee.

My own role at this event was to offer two presentations, as a representative of AQUASEC, the IAI Center of Excellence for Water Security, and the International Water Security Network (IWSN). I presented the opening talk, “Gobernanza y Gestión de las Aguas Subterráneas” (“Groundwater Governance and Management”; the entire proceedings were in Spanish). In this talk, I tried to offer a global perspective on groundwater governance, emphasizing so-called “soft-path” approaches to management – that is, strategies favouring demand management, conservation, and efficient planning, rather than infrastructure-intensive strategies, also known as “hard path” approaches.

After lunch (the Pausa Almuerzo), the group heard an excellent presentation on Integrated Water Resources Management (IWRM) and its relevance to groundwater by event co-organizer, Prof. Marta Paris; and another on groundwater contamination by the second co-organizer, Prof. Monica D’Elia, both of the Universidad Nacional del Litoral, of Santa Fe, Argentina. 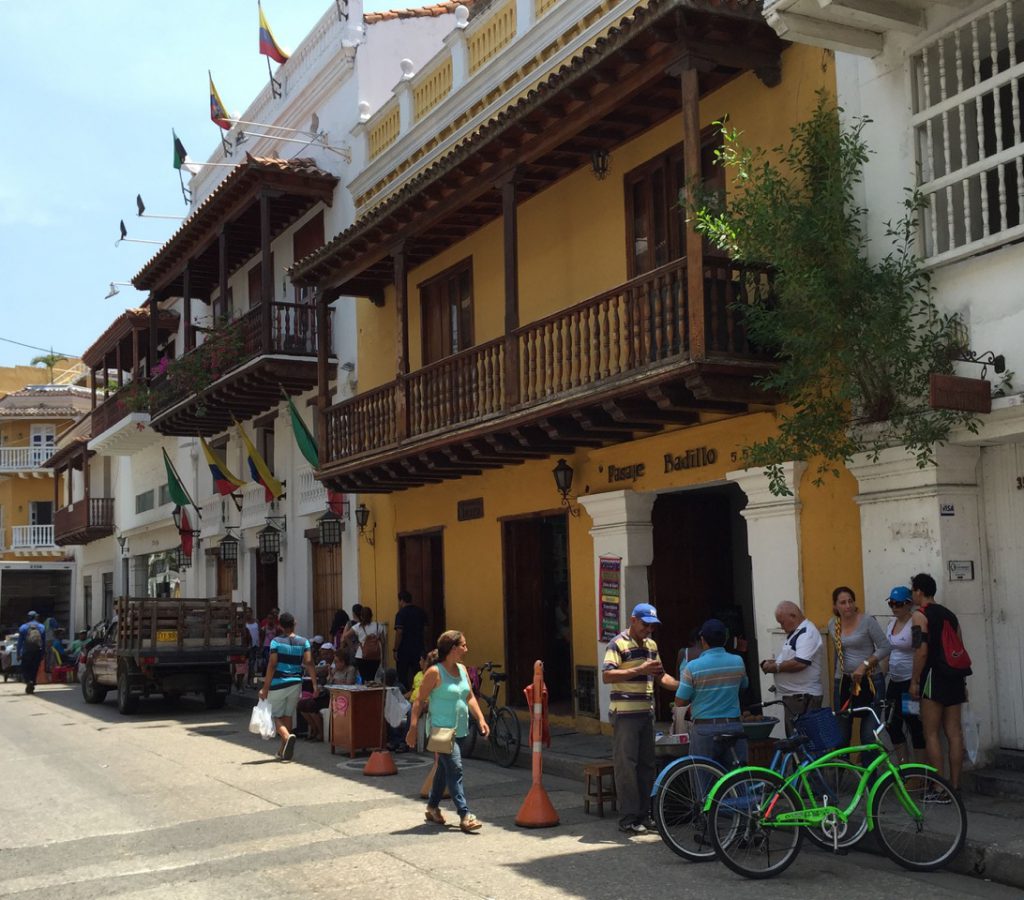 Shops in the old city

I then presented a second talk, that one more place-specific: “Gobernanza de Acuíferos Transfronterizos Estados Unidos-Mexico” (“Governance of Transboundary Aquifers in the U.S.-Mexico Border Region”). Using as an example the region I live in, I discussed the various complications to water management in general and to groundwater management in particular when neighbouring nations share water sources.

The Cartagena program is emblematic of the sort of thematic training that mid-level officials and technical employees typically find practical and therefore useful. The presentations allow them to become familiar with current thinking on management issues. At the same time, they take home lessons from real-world examples in other parts of the continent and build linkages and networks with colleagues facing similar challenges.

For these reasons, the Americas component of the International Water Security Network intends to remain closely involved with the capacity-building activities of RALCEA and IAI.