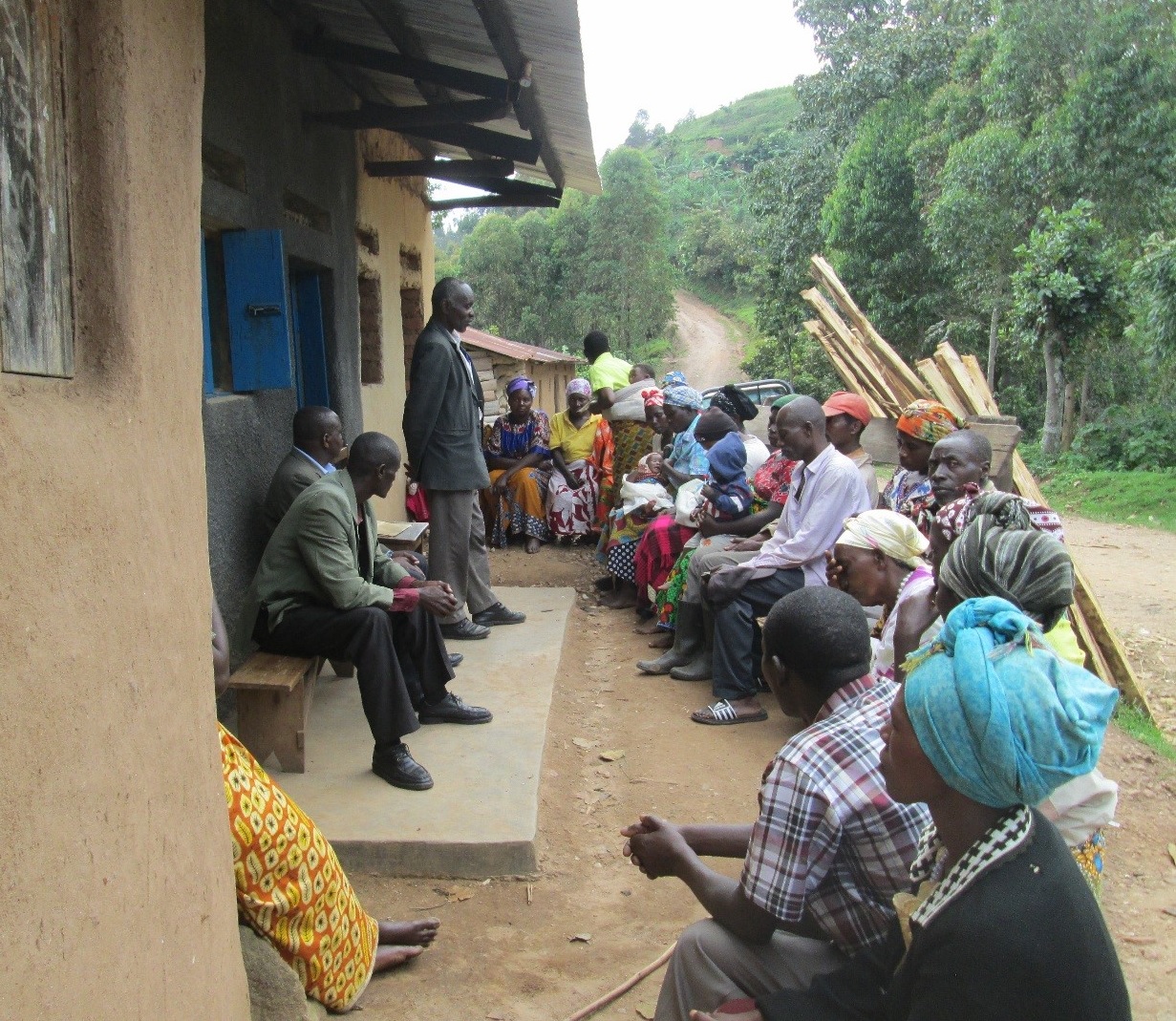 Rurangara community discussion about the scheme

The International Water Security Network has been conducting water research in Kisoro, Uganda for several years, with a focus on the water quality and structural integrity of rainwater harvesting tanks. During this time, there had been many discussions with community leaders and representatives of the local WATSAN (water and sanitation) Programme about the construction of a gravity flow scheme in the nearby area of Gitovu.

In 2019, funding for this was secured through the Global Challenges Research Fund and the Lloyd’s Register Foundation on the premise that this scheme could provide both water services and a platform for research into socio-technologies of water in remote, underserved communities. 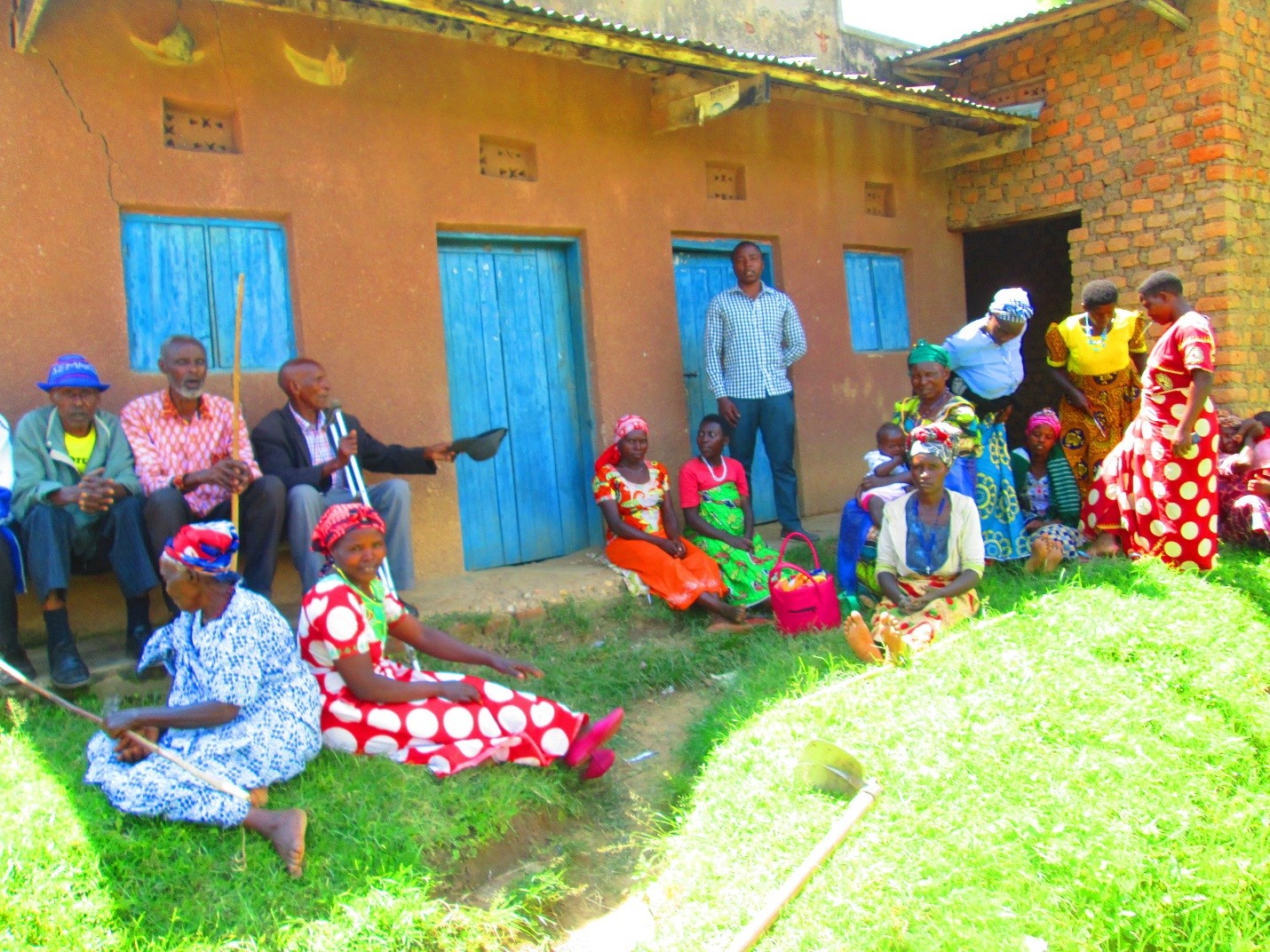 Sixty people attended the first community meeting at the Karere Center in Rurangara community. Some owners of the land around the water source had wanted to be given some money to compensate for the inconvenience of access works, and other residents were keen to ensure the existing spring was not affected by the new scheme. Some suggested that if the water also supplies the Gitovu Compassion Project, that Project should enrol more people from Rurangara.

Eighty local residents took part in the meeting at Gitovu Church of Uganda (where the communities of Gitovu, Gatera and Bugara converge). They were willing to offer the necessary support in the implementation of the scheme, in part because of their high demand for water. 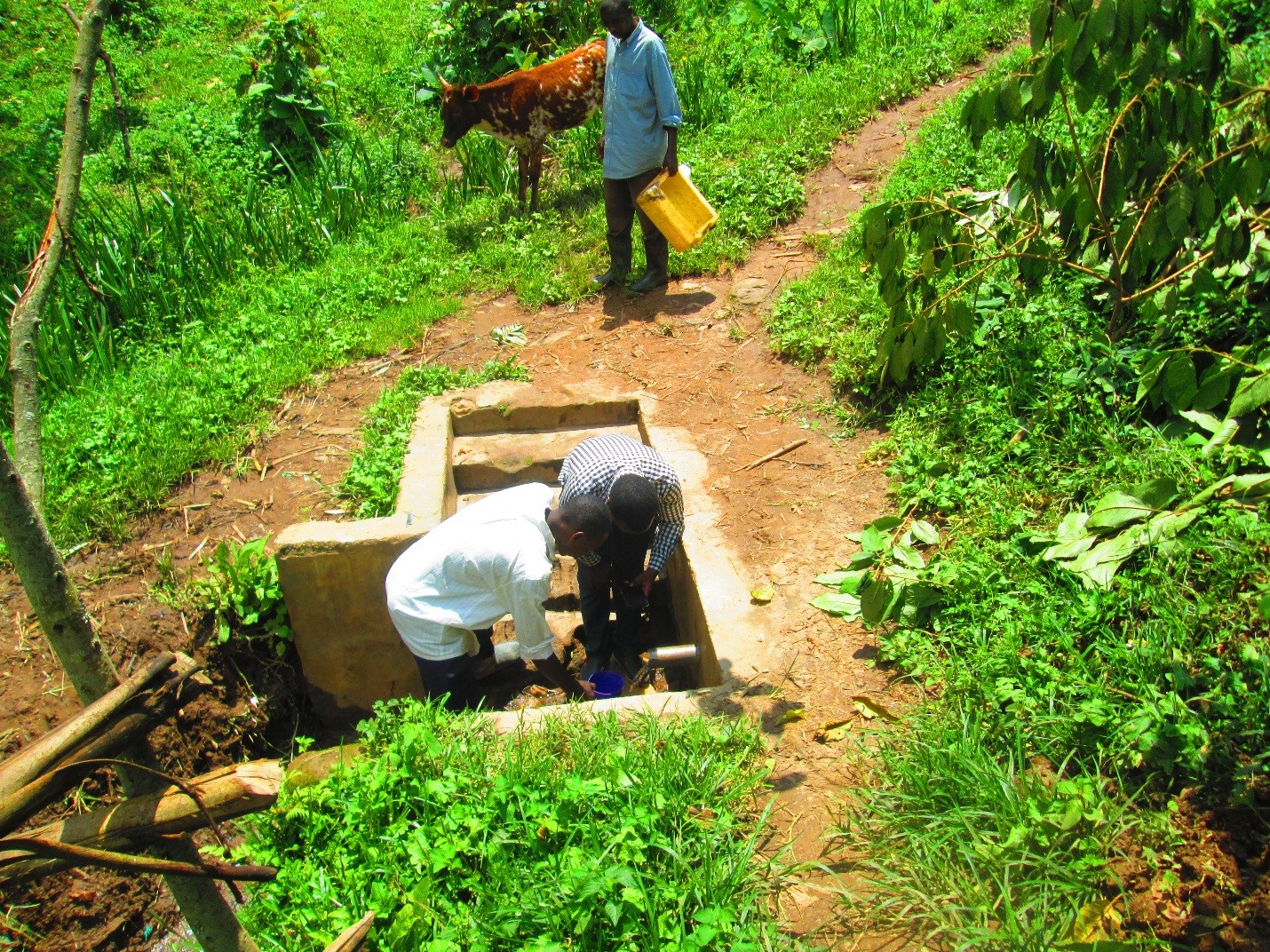 Alex Musabyi with a volunteer, taking flow measurements of the
lower water source

There are two water sources in Nyarutembe. The flow rate of water from the lower source, a government protected spring utilized by the Rurangara community, is around 5.4 seconds per litre. This means 16,000 litres can be collected in 24 hours but this is not enough to supply the 2,280 people who live in the three villages. At the World Health Organization standard of 15 litres per person per day, 34,200 litres would be needed every day. Therefore, two water sources would be required.

The upper Nyarutembe source was partly captured by one community member who constructed a water collection box and laid underground HDP pipes to supply a plastic tank reservoir at his home, as well as two homesteads in the neighbourhood. The amount that flows through his compound is similar to the volume from the lower Nyarutembe spring.

Therefore, the Diocese of Muhabura, the Kisoro district water department and communities near Gitovu that will benefit from this scheme need to negotiate with the constructor of the private supply from Nyarutembe and the chairman of Rurangara village where the two springs are located so as to allow for the capture of enough flow from both springs to adequately cater for the population to be served. Property owners along the proposed pipe runs are willing to allow works to take place.

Once everything is in place, the project managers will undertake community meetings to sign agreements of consent with land owners where small reservoirs (for break of pressure and localised supply points) will be situated along the pipe runs towards final destinations around lower elevations of Gitovu. The Diocese will procure and deliver materials for the gravity flow scheme development and ensure works are undertaken to completion. Water user committees will be trained before final commissioning and handover of the completed scheme to beneficiary communities.

Categories: Africa News Uganda University of the West of England