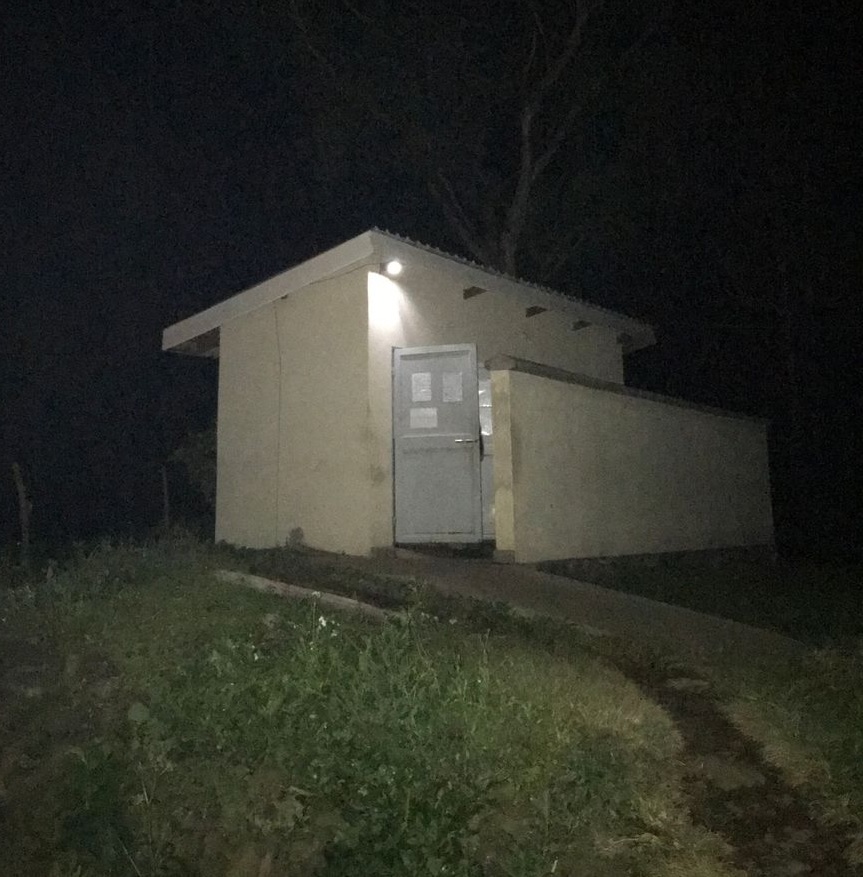 A new article in the International Journal of Environmental Research and Public Health has evaluated a field trial of Pee Power technology that took place in a girls’ school in Kisoro, Uganda. The trial saw Pee Power generate electricity to light a toilet block at the school, and questionnaires and focus groups were conducted with the staff and students looking at both social acceptability and user experience of the technology.

Background on the trial at Seseme Girls’ School can be found in previous posts here and here. Three questionnaires were conducted – the first took place one week before installation, the second one week after installation, and a follow-up one year later. The lack of lighting on the non-Pee Power toilet block meant 76% of students said they did not feel safe using the toilets at night. However, 85% of students said that the lights powered by Pee Power made them feel safer when using the toilets at night. The Headteacher of the school said there were no reported incidents of intrusion or assault on the girls during the time that Pee Power was running at the school. The students were enthusiastic and curious about the technology and wanted to see it rolled out more widely in their communities.

The article concludes: “The findings of this study can inform the developers on the next cycle in the technology design process – such that future designs, where possible, can conform to social needs and expectations and deliver multiple co-benefits linked not just to sanitation but also to gender inclusivity and to equality and sustainable infrastructure.”

The paper is co-written by Jiseon You and Ioannis Ieropoulos (Bristol BioEnergy Centre, based at UWE Bristol), Chad Staddon, Alan Cook and Wayne Powell (IWSN) and James Walker and Jess Boulton (former MSc Environmental Science students at UWE Bristol, who were awarded an IWSN scholarship).

Categories: Africa News Uganda University of the West of England