Sophia Cockell, a Geography student at UWE Bristol, is in Peru for seven weeks, conducting research with Centro de Competencias del Agua (CCA), as part of the UWE Global Water Security Project. Here, she explains more about her work, which includes surveying people about water and sustainability issues. 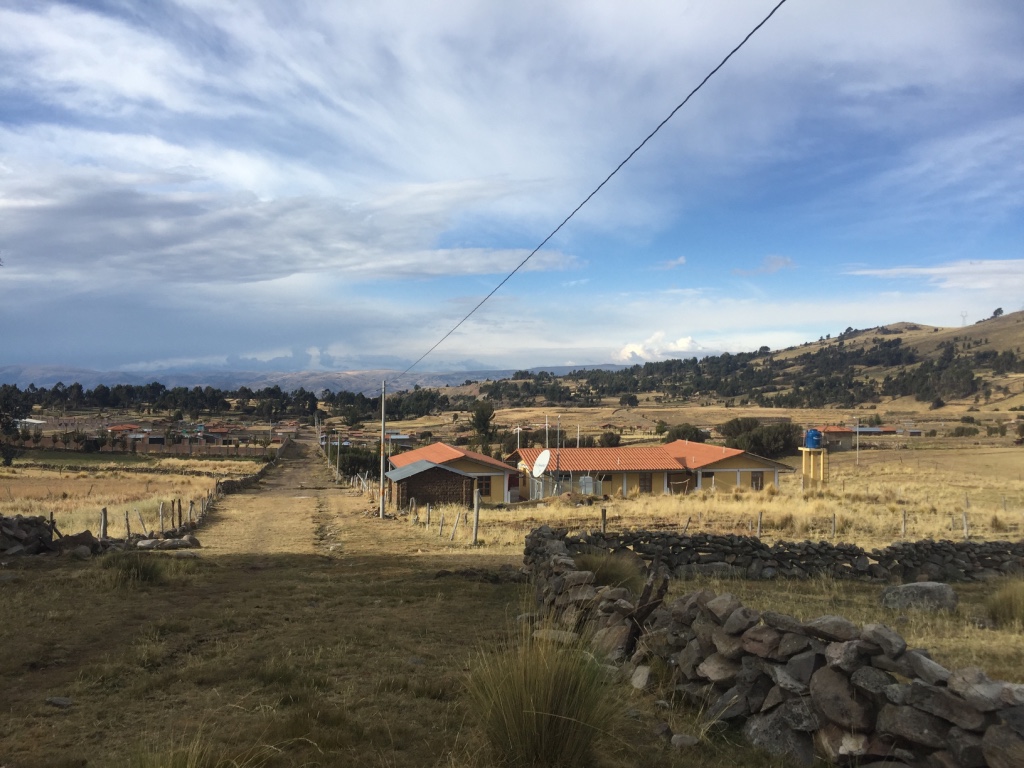 Pilpichaca, in the region of Huancavelica, Peru was the first village I visited to carry out my survey. I asked what people understood about ‘climate change’, and most referred to the fact that seasonal weather was becoming more extreme. I asked if they were familiar with the term ‘sustainability’ and of the 25 people present, only a few of them were vaguely aware of it. I also questioned them about recycling activities. The village did not have recycling facilities, but a few participants said they did recycle – for example, by reusing bottles. One woman said she took glass and tins to Ica to sell.

Pilpichaca uses rainwater for drinking purposes. There is a river that runs through the village, but the residents are not allowed to use this water as it is reserved for large scale irrigation in Ica. They use concrete box-like ‘reservoirs’ to collect the water which then travels through sand canals on its way to people’s homes – but they must add chlorine and boil it before drinking. Pilpichaca receives no assistance from the government as they do not pay a water tariff – instead, they use rainwater and are building the water systems themselves.

The second village I went to was Puncata in Quispillacta, situated in the Ayacucho region. Most of the people in this village spoke Quechua, an indigenous language of Peru. Puncata has a special ‘water culture’ and every September, the ‘Harqa Qaspis’ festival sees the residents of the village give thanks for their water.

The results from my survey here were similar to Pilpichaca: not many had heard of ‘sustainability’, and few truly understand what climate change means – they know the effects, but do not understand why it is happening.

Although the residents of Puncata do not pay a water tariff at the moment, this may change – the local government administration is trying to formalise water rights in this area, and several neighbouring villages in Quispillacta have already agreed. The formalisation of water rights means they will pay a small fee in exchange for help from the government in times of shortages, which may be crucial given the changing climate and increasingly variable rainfall. Currently, the village receives no government assistance, but is supported by ABA, a local NGO which helps with the design of water systems.

In both villages, it was interesting to see that many of them use modernised traditional systems of collecting water, and that few people believed they were suffering from a water problem as there aren’t many health issues relating to it.