Boris Siromahov is a third-year BA (Hons) Journalism student at UWE, who travelled to Uganda in the summer of 2015 as part of the UWE Global Water Security Project. 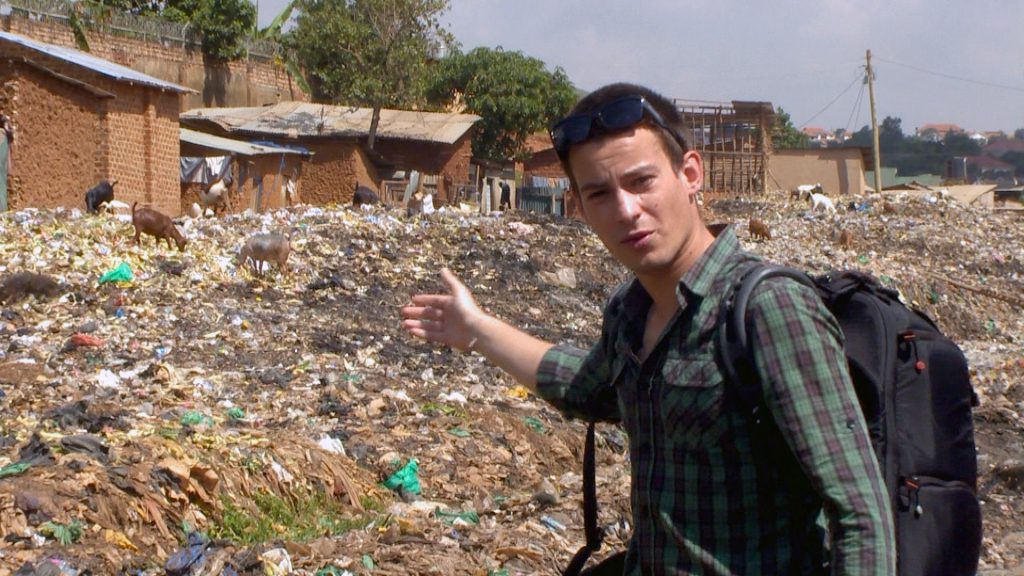 Ever since I was a kid, I have liked to think that in a different universe I’d be Indiana Jones. Unfortunately, I’m not a genius archaeologist with the incredible ability to fight Nazis day and night – I am a journalism student. I like video and I want to get into TV. This is why when I saw the opportunity to go to Uganda to film my 3rd year documentary project; it was a no-brainer for me. I thought, and rightly so, that this would not only make for a fantastic TV documentary, but it would also bring me closer to the lifestyle of my role model: Indy.

The topic of my film is “water pollution in Uganda, and means to deal with it.” I need to say that I have never been obsessed with the environment or even been heavily bothered by the state it was in: I was what you would call a climate change skeptic. This is why I thought it would be even better if I could go to Uganda: I would make a documentary which had an objective outlook on events, and preserve the key principle of journalistic impartiality.

Africa can be very intimidating. The social structure there is completely different than what I am used to, and the everyday needs there are quite different than the ones we have. I found it quite interesting that I was getting annoyed by the backlight of an interview shot, while my interviewee was perfectly calm, and smiling just because he had gotten some water before I interviewed him. First-world problems, right?

For my full stay in Uganda, I was working with the National Association of Professional Environmentalists and in particular with Mr Geoffrey Kamese. He was incredibly helpful, giving me an insight into local culture and traditions, stopping me from filming in inappropriate locations and even helping me with camerawork, when I was doing my piece-to-camera.

The majority of my time filming I spent in the slums of Kampala city. It was a necessary part of the documentary, but it was also incredibly interesting. I fail to imagine a better example of “getting thrown into the real world” than that. You see poverty, disease, death and pain and you hear… happy music. It is just incredible how people have been able to deal with their problems by just putting a smile on and dancing it off.

By the end of my stay, I had learned some Luganda (the local language) and Swahili, I knew how to get around town and where the best places were, and felt at home there. I recorded the final shot of my film on my last day in the country – I wanted to make sure I wouldn’t miss out on an excellent location and I could channel all my new experience into it. I set it up on top of Naguru hill, with a fantastic view of the city, and filmed the sunset.

I don’t know how long I sat there, but at some point I snapped out of it and realised it was dark already. Most of Kampala’s roads are dusty trails, so what you can always see over the city is a fog-like cloud of dust. The few night lights of the city lit the cloud and it faintly glowed.

I know I am going back there one day, because there are so many stories to be told. It was one of the best things that I have ever done.