The wrong trees in the wrong places 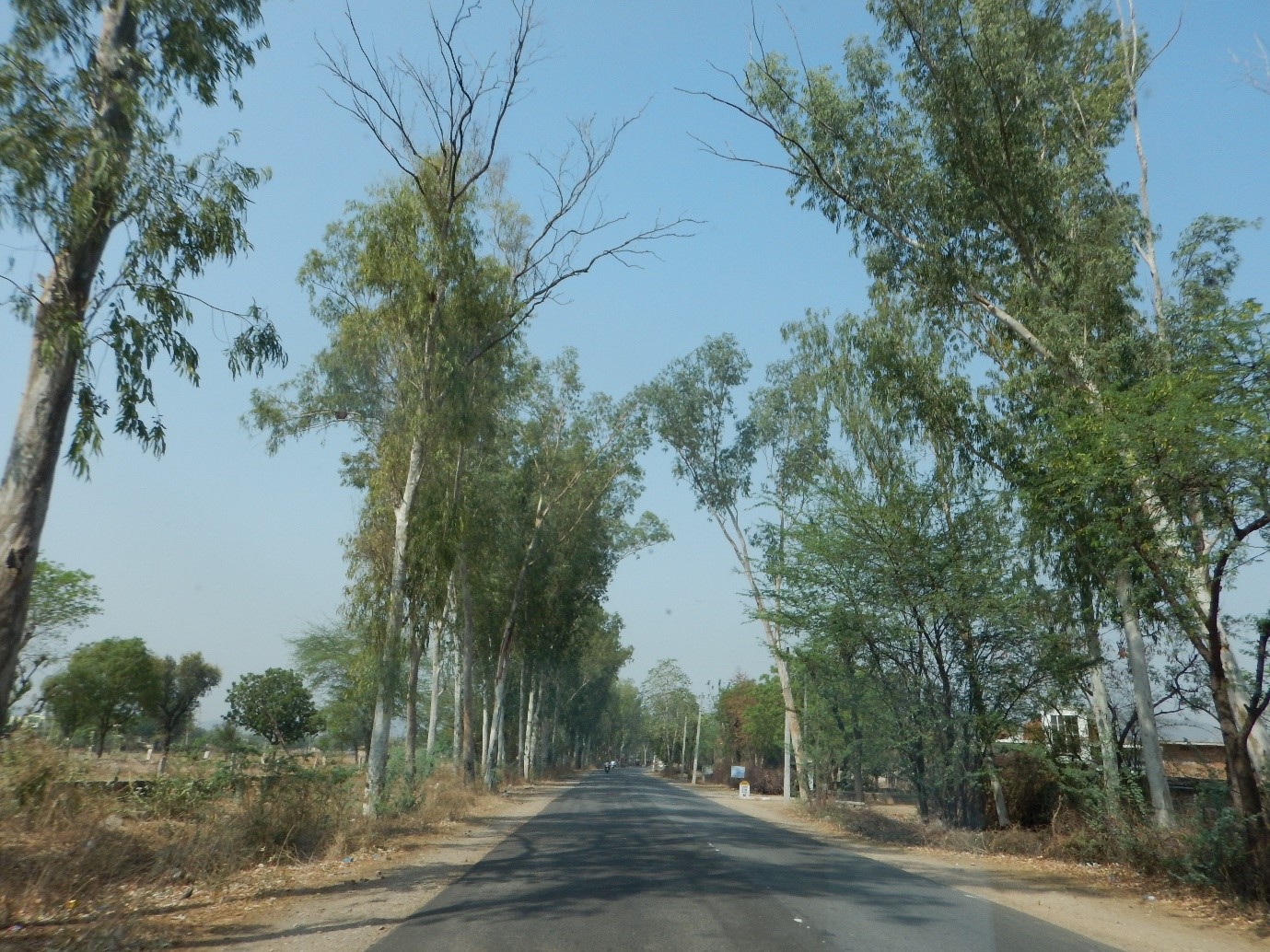 The right trees in the right places can do a great deal of good supporting the livelihoods of people and the integrity and functioning of the ecosystems upon which they depend. Indeed, trees play pivotal roles in the water cycle, not only recirculating water, intercepting aerial moisture, improving soil permeability, maintaining organisms that build soil carbon, which increases water retention and purifyies water as it passes, but also interacting with other habitat types both adjacent and at global scale.

However, the wrong trees in the wrong places are another matter entirely.

This reality has long been recognised in South Africa. Under the Working for Water (WfW) programme, South African government departments collaborate to address invasive alien plants (IAPs), including Eucalyptus tree species and their hybrids. By large measure, this is due to their implications for significantly reducing water run-off from dryland catchments as well as threats to native ecosystems. WfW has operated since 1995 as a resource protection and employment programme administered by the Department of Public Works, recognising IAPs as a major threat compounding climate change, land use conversion and other pressures impacting water security and biodiversity, and imposing significant annual costs on the South African economy. To date, WfW has cleared more than one million hectares of IAPs, mainly by engaging poor and long-term unemployed sectors of society. A major related aspect of the WfW programme is that it teaches these formerly marginalised communities employment skills, and engages them in a range of health and other social development programmes.

Of India’s estimated 45,000 plant species, roughly 40% are alien. Of this proportion, approximately 25% are considered IAPs, significantly including eucalypts introduced from Australia. Eucalypts, known in Hindi as ‘safeda’ (‘safed’ is the Hindi word for ‘white’, referring to the trees’ bark), have deep roots enabling them to access groundwater at considerable depth, and they have a very high evapotranspiration rate (loss of water from the soil both by direct evaporation but also that released from the leaves of plants). Just as in South Africa and in the many other global dryland regions in which these trees have been introduced for the rapid production of fast-growing but essential low-grade timber, consequences for water resource depletion have been serially overlooked.

Arid and semi-arid regions of central India receive scarce and episodic precipitation during the short monsoon season, and also experience substantial evaporation. There is consequently a high degree of dependence on groundwater, and communities collaborate in many often innovative ways to enhance its recharge from monsoon run-off and ensure its equitable usage throughout the long dry months. As reported in various blogs on the IWSN website, impressive progress has been made promoting uptake of traditional as well as innovative water harvesting and governance practices to improve water stewardship and water security in Indian villages, or to abate some impacts of intensive mechanised water extraction. However, significant numbers of alien trees, in particular Eucalyptus species with high water demands, populate some regions practicing progressive water stewardship. The water demands of these trees can potentially undermine efforts to achieve water security. 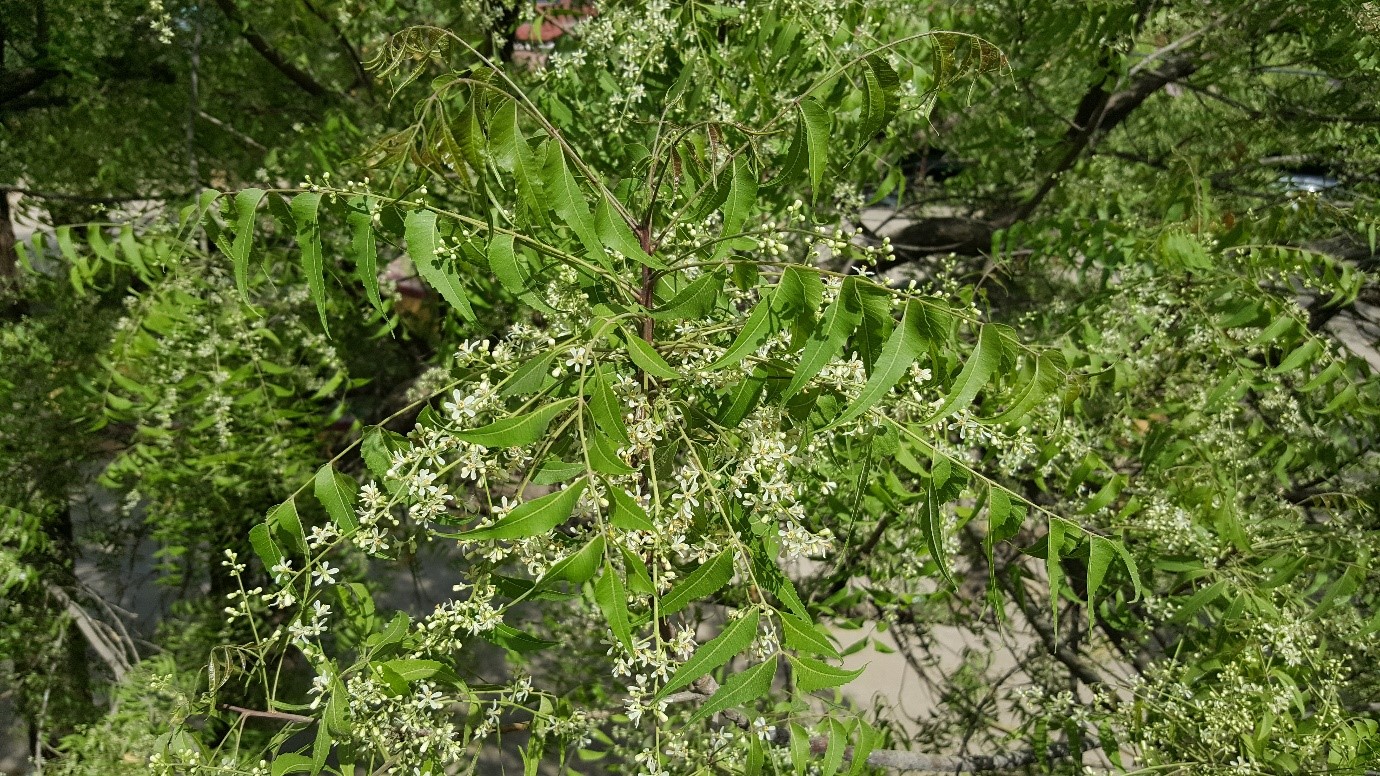 A flowering neem tree (Azadirachta indica), a native tree to dryland India
and across Asia, with many medicinal, cultural, ecological, microclimatic
and other ecosystem service benefits including far lower water demands
than many alien trees (image © Dr Mark Everard)

Through interviews with community leaders in Indian villages with differing eucalyptus tree densities, water loss through evapotranspiration by eucalypts was calculated and compared with the livelihood demands of the village community. Relative proportions of water use obviously varied with density of trees but, in one village, water use by eucalypts was more or less equal to the total demand from the combined domestic, irrigation and livestock water uses by the village.

A literature review of the water demands of and ecosystem services provided respectively by alien eucalypts and native, culturally valued neem trees (Azadirachta indica) supports assessment of the likely benefits and acceptability of a replacement programme favouring native trees. This provides a compelling evidence base that significant water-related as well as wider ecosystem service benefits would arise from a progressive tree replacement programme, and that reintroduction of native neem trees would be welcomed by local people who recognise their many benefits.

This study is now published as:

Although data limitations mean that the findings of this study are necessarily uncertain, they nonetheless illustrate the likely scale of impact, substantiating the case for alien tree management as an important contribution to water security in dryland India, and by extension beyond that into other dryland regions.